The BASTIAN gallery is delighted to announce the exhibition Emil Nolde – Anatomy of Light and Water; the project is a cooperation with the Nolde Foundation Seebüll: on display from September 3 to October 29 2022 will be eighteen important watercolours by the artist, exclusively seascapes, executed between 1920 and 1946.

The sea, which Nolde depicts in his watercolors without the presence of man, is linked by the artist to philosophical questions whose mirror is the sea, part of a long cultural history in which the sea has been celebrated throughout the ages in epics and verses.

In contemplation of the sea, Nolde projects an unending dialogue of mysteries; he pursues and trusts himself to the magism of the sea. In watercolours and Indian ink on Japan paper, the sea emerges as a symbol of nature’s elementary phenomena. Out of expressive tone coloring, Nolde devises the space of sea and light in powerful symbioses of complementary visions.

In these watercolours of seascapes, anatomy of the sea, Emil Nolde achieves a perfection that is still considered his singular achievement.

The exhibition is one of the first non-institutional presentations of the artist’s seascapes. 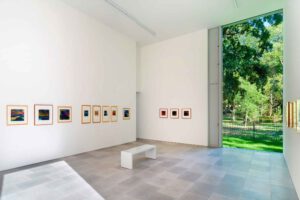 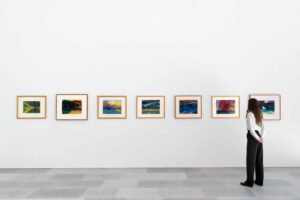