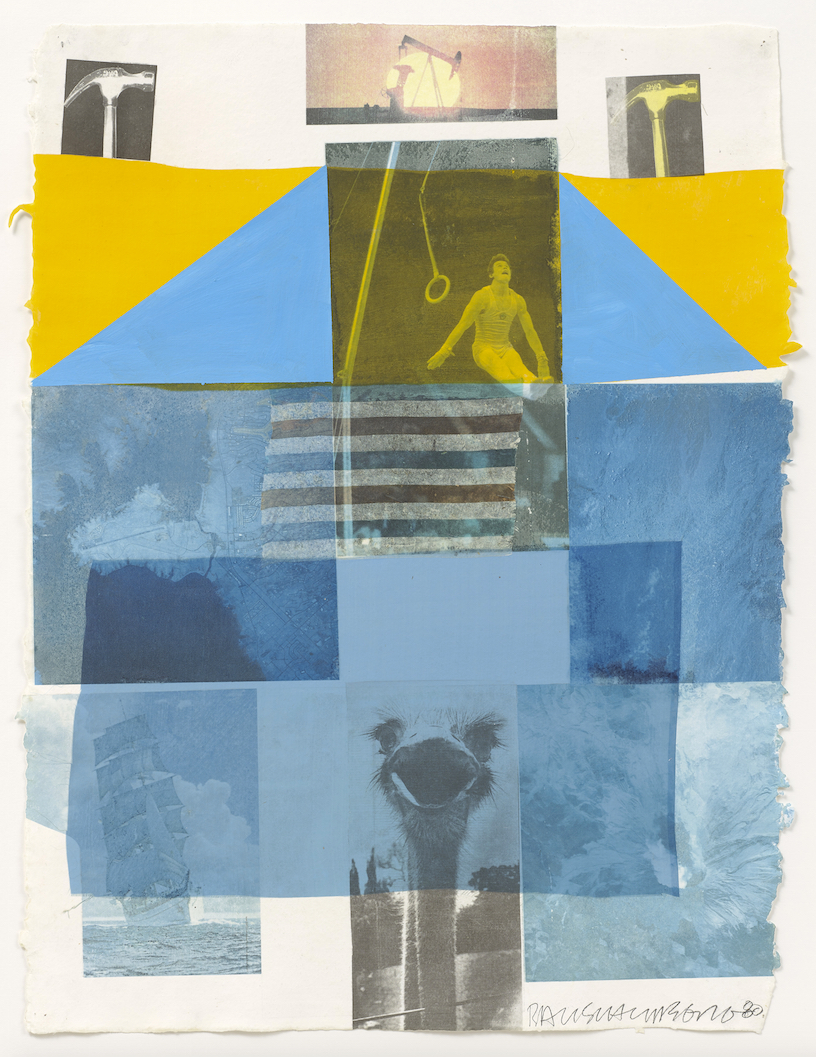 Robert Rauschenberg (1928-2008) was the Proteus among the artists of the last century. When he received the Prize of the Venice Biennale in 1964, he paved the way for the reception of new American art after post-abstract Expressionism. His world fame had been founded that summer. No artist has broken traditions with as much risk, rebellion and ingenuity as Robert Rauschenberg for more than half a century. He transformed the traditional idea of painting into revolts, so much that any of his contemporaries who challenged the boundaries of painting and sculpture after 1960 and who believed that all life was open to art, could relay on Rauschenberg.

In his works he incorporates materials never considered for painting. He would say one day: »The materials know that we will try something together.« The key to his revolt lies in the seeming incompatibility of various fragments and their abstract and concrete dialogues. However, he never considered a pure aesthetic heterogeneity. Rauschenberg asked: »Why could we not imagine that the entire world is an image?« Consequently, there are no strict hierarchies in his works, no nobilation. The facts of passionate life experiences are the creators of these works.

A dented street sign, a stuffed goat, a chicken, a car tire, photographs of the moon landing, quotes, a piece of music or a worn duvet cover were from then on equally useful for creating a painting as were a canvas, oil paint, turpentine or screenprint, a technique Rauschenberg discovered in the summer of 1962, around the same time as Andy Warhol. »I wanted to create a surface which switches the observer to change his view permanently and look at changing details.« Robert Rauschenberg’s contextual wealth is the fabric in which urban myths continue to live, and the attempt to reconcile the immediacy of life with art.

The presentation is the second solo exhibition by Robert Rauschenberg at Galerie Bastian. 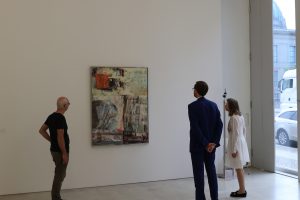 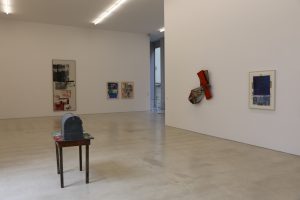