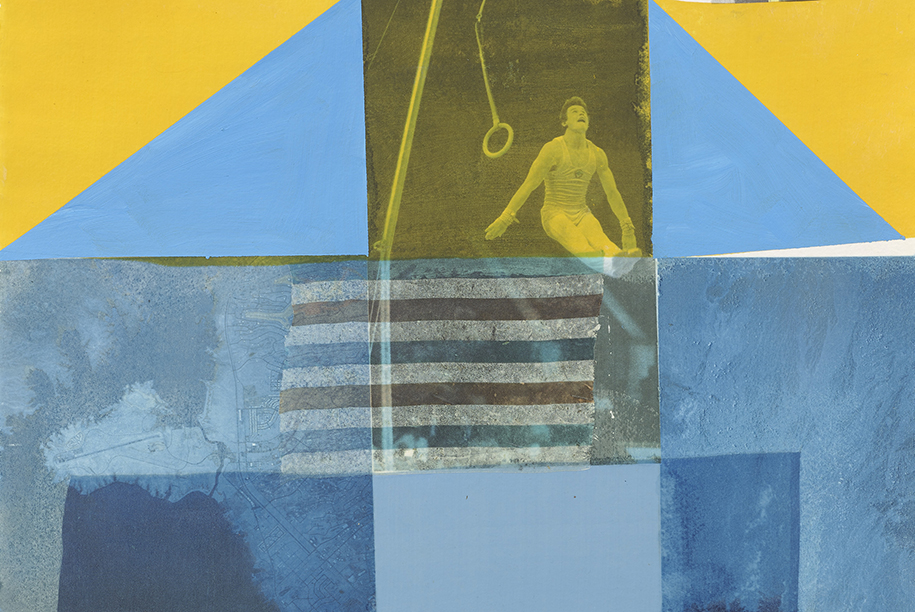 Robert Rauschenberg – A Window to the World

Nearly 70 years ago. It is the summer of 1954 in New York. The artist Robert Rauschenberg is 29 years old. He has – for the sake of the clarity of a beginning, and in order to clarify for himself all the strata of meaning in contemporary abstract painting, as well as in an act of refusal, of repudiation of special authorship – produced monochrome paintings. White paintings, for which he uses ordinary wall paint, black and red paintings. He makes use of newspaper fragments, which he dips in paint. He produces works with gold leaf surfaces. Concerning the »white paintings« he will one day say that they are “airfields for the lights, shadows, and particles.” But in this summer, urban life erupts vehemently into the experiences, necessary, yet transitive for the artist, of the world of these monochrome works.

The painter friends Robert Rauschenberg, Jasper Johns and Cy Twombly, together with Merce Cunningham and John Cage, had realised at the beginning of the 1950s that the passionately gestural formal vocabulary of Abstract Expressionism had not done away with rational structures, but only shrouded them; that the suggested, subtle force of pure emotional effect had only sharpened the separation of life and art; and that a hermeneutic philosophy had emerged. The artists felt free to seek out the immediacy of life and the world in new pictorial languages. They mistrusted any art that arose as a paradigmatic counter world. Robert Rauschenberg’s paintings become the kaleidoscope of urban life: autobiographical contexts, chimaeras and the flotsam of the metropolises, messages from the sea of fictions and reality which find themselves becoming the tightly woven, many-sided meaning of life in images and objects. Robert Rauschenberg absolutely wanted both simultaneously: the immediacy of life and the autonomy of a work that reports on this life. In his paintings, he records what was never to be seen in paintings, what was never to be foreseen for paintings.

He later once said, “The materials know that they and I are attempting something together.” Rauschenberg asked, “why shouldn’t one be able to imagine that the whole world is a painting?” Logically, there are no longer any hierarchies in his works, no ennoblements. The passionate experiences of the facets of life are the creators of these works. The contextual wealth of his paintings is the stuff in which the everyday myths live.

“When you are at the beach,” he said once during a long winter’s stay on Captiva Island in the Gulf of Mexico, “bring with you what the sea washes on the beach. I will use it.”
Robert Rauschenberg was and is the Proteus among the artists of the last century. 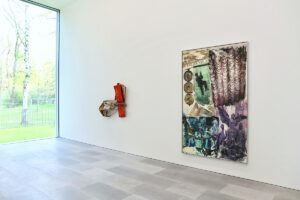