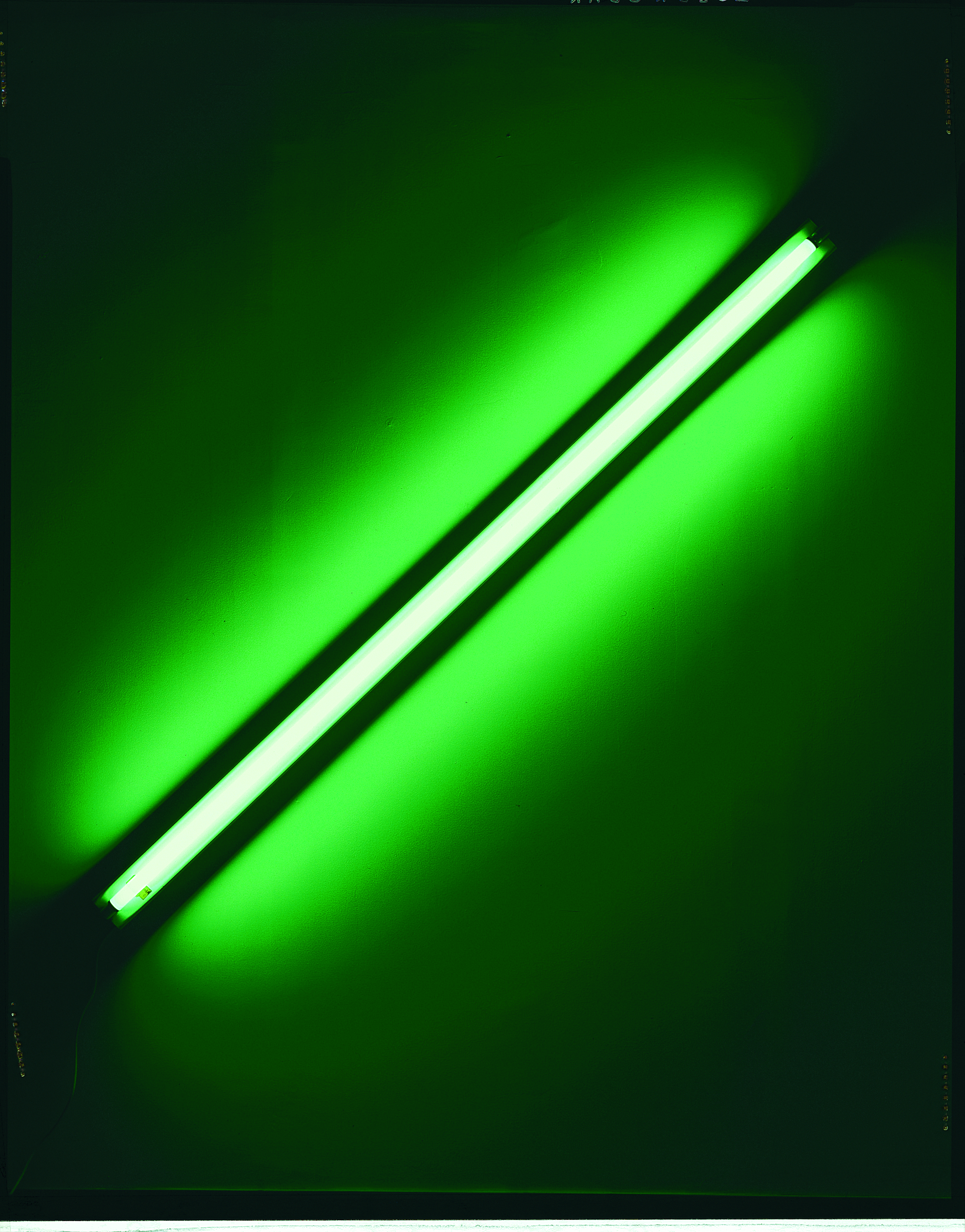 Galerie Bastian presents the second solo exhibition by the American artist Dan Flavin (1933-1996). The exhibition shows a selection of the artist’s renowned light installations. Flavin is considered as one of the most notable representatives of Minimalism since 1945.

The current presentation comprises six major fluorescent light sculptures, one of which is »Monument for V. Tatlin« (1969), created within a cycle of 39 artist dedications. The installation pays tribute to Vladimir Tatlin, referring to the Russian Constructivist’s unrealised work »Monument for the Third International« (1920). Flavin was particularly inspired by the radicalism of Tatlin’s model and its inherent symbiosis of art and technology.
»The diagonal of May 25« (1963) marks the onset of Flavin’s work with fluorescent light tubes. In 1963, the artist mounted a neon yellow fluorescent tube at an angle of 45° onto the walls of his studio and dedicated it to Constantin Brancusi. In Flavin’s words: “There was no need to compose this lamp in place; it implanted itself directly, dynamically, dramatically in my workroom wall – a buoyant and relentless gaseous image which, through brilliance, betrayed presence into approximate invisibility.”

Dan Flavin’s light installations unfold a mysteriously transcendent aura – the luminous light renders space and perception as artworks in themselves. 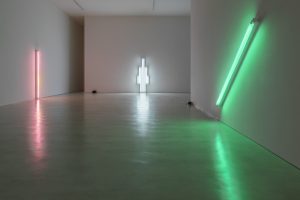 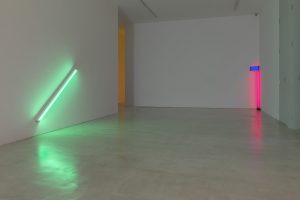