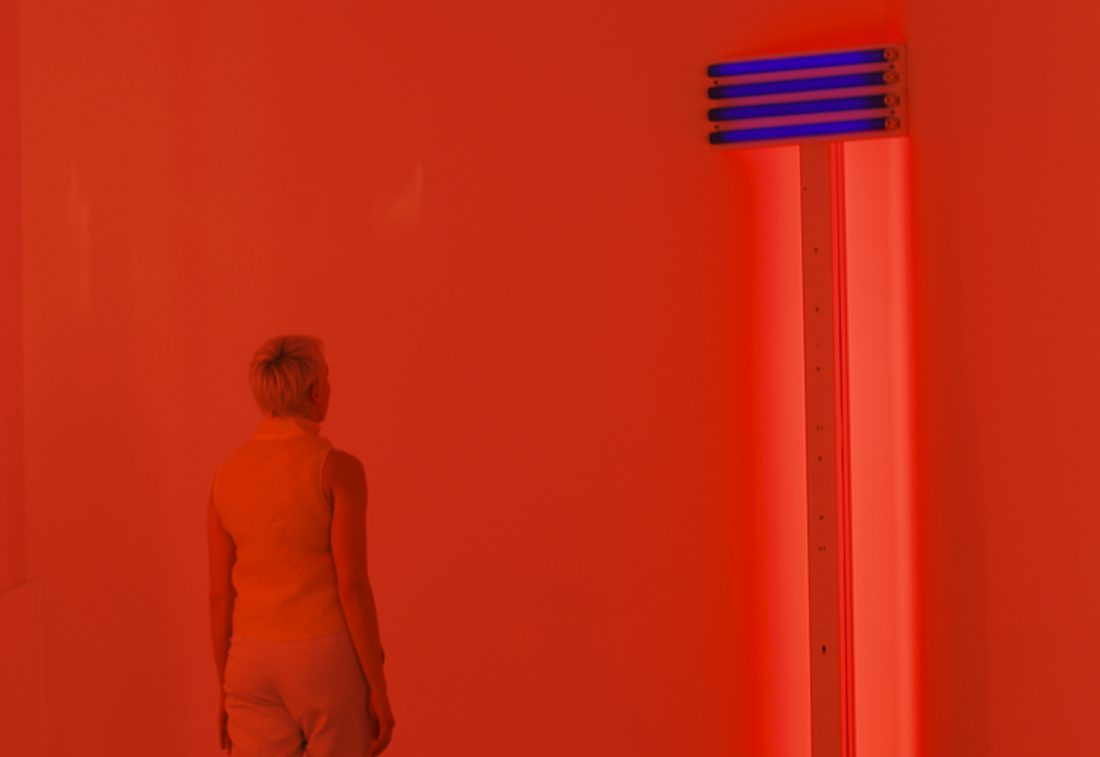 'The Wavering Light' inspired by Dan Flavin: For Prudence

The Wavering Light
Inspired by the exhibition 'Dan Flavin: For Prudence' 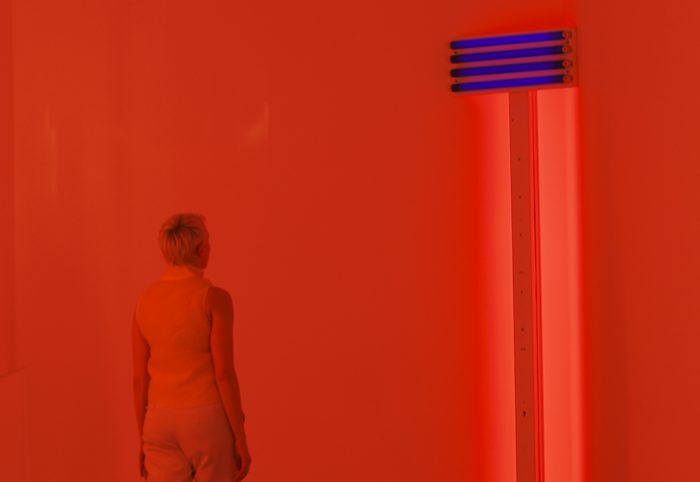 'The Wavering Light' inspired by Dan Flavin: For Prudence

BASTIAN is pleased to present The Wavering Light; the result of conversations and research into the life of Dan Flavin between choreographer Katie Green, dancer Megan Griffiths, cinematographer Joshua Thompson and the gallery.

To celebrate the opening of Dan Flavin: For Prudence at BASTIAN, we invited Green to choreograph a new performance inspired by the works in the exhibition. Much has been written about the detached nature of Flavin’s work and he actively acknowledged the separation of the artist’s hand from the production of his work; however, his light sculptures are more humanistic than anything else created by his peers. The light that they emit strikes the viewer and envelops them in their radiance. As a witness to the sculptures you are made a part of them, adopting their hue and casting shadows. This is our starting point with this dance. Green’s choreography suggests a push/pull relationship with the light sculptures whereby Griffiths is presented intimately enthralled to the lights, bashfully separate from them and finally vitally inspired by them. In the process the static installation comes to life, living and breathing with the dancer; the fall of light is rhythmically in time with the dancer and Max Perryment’s score.

The title of the exhibition is taken from Untitled (for Prudence and her new baby); this light sculpture from 1992 is dedicated to Prudence Fairweather, his studio manager from 1990 until his death. Whilst frequently left untitled Flavin would dedicate his works parenthetically to friends, family and inspirations. It became Flavin’s habit that whilst the personal traits and styles of the people around him could not be captured in his minimalist work, he would celebrate them in his titles and as such show the importance of people in his art.