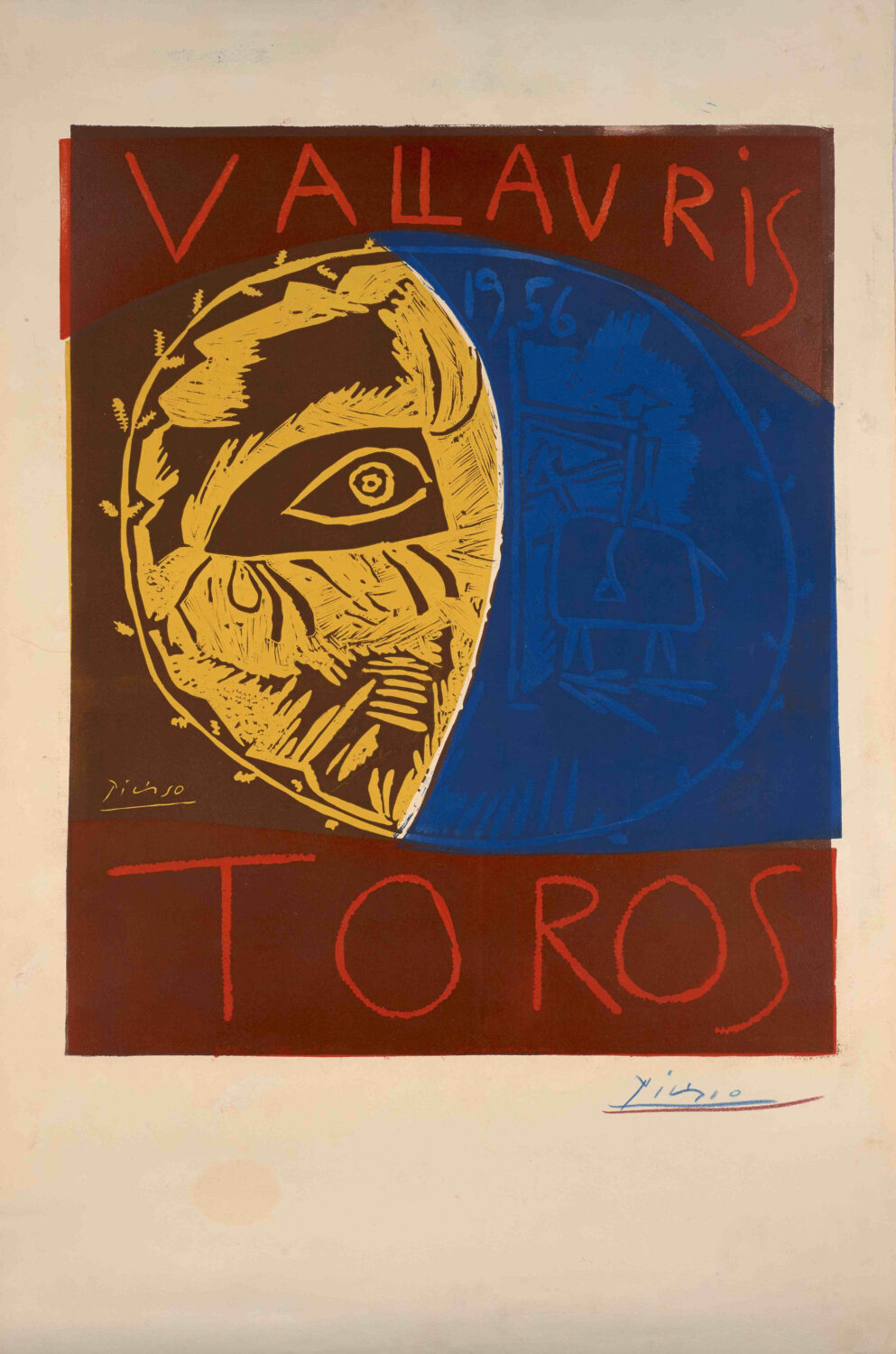 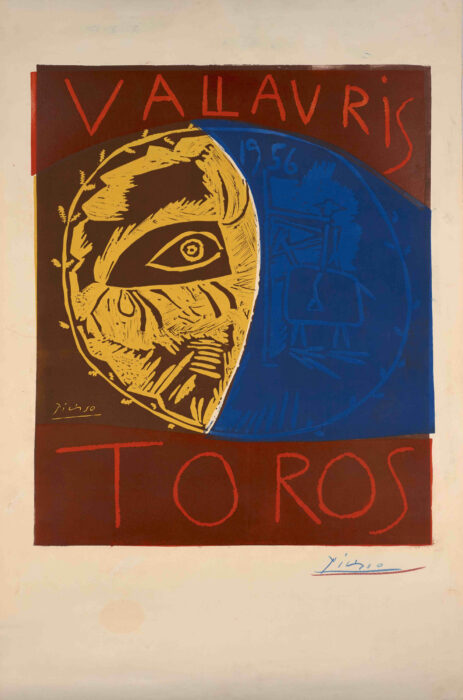 Following the success of Atelier Picasso at BASTIAN, the gallery has now extended the show until 12th December 2020 with a re-configuration of the exhibition to be further compliant with government regulations. The extension provides the opportunity to welcome new and returning visitors to engage with the exhibition including some new works which explore Picasso’s prolific investigation into the bullfighting spectacle.

It was the immediacy of the linocut that particularly intrigued Picasso as he was no longer forced to wait for his etching plates to be transported from his master printer in Paris. During this time he created an array of work centred around the local bullfights and ceramics exhibitions in Vallauris – many of which can be seen in the BASTIAN exhibition.

Continuing to push the experimental nature of the medium and one of his last experiments with linocutting, Etreinte II, 1963 is an example of Picasso’s ‘Linocut rincée’ technique. Just after printing and while still wet and sticky with white ink, the paper would be liberally worked over by Picasso with black Indian ink. He would then take the paper over to his bathtub to ‘rinse’ the sheet with a shower hose slowly washing off some of the black ink – leaving a marbling effect and a final image which flirts on the boundary of printing and drawing. Each impression is therefore completely unique.