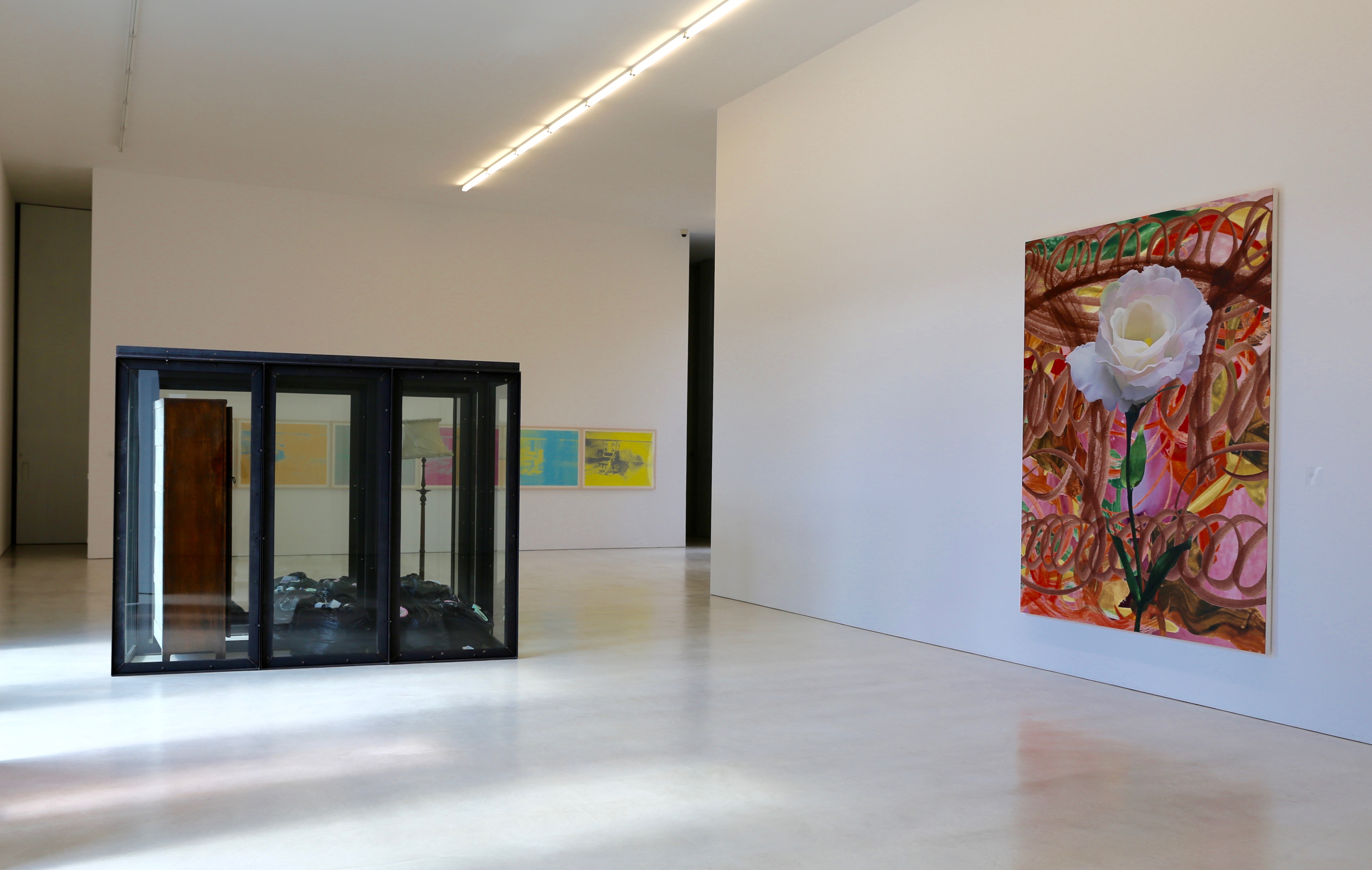 At the Still Point

The new exhibition at Galerie Bastian presents works, which share the aspect of reality and its representation in painting, the illusion of fact and fiction. »At the Still Point« attempts to reveal the inconsistencies between the Latin definition of factum meaning »action«, »anything done«, »an event« or »achievement« and the modern sense of the word, »that which is true«. The works are engaged in a dialogue, which focuses on landscape and interiors, on the prototype and its manipulation.

Installed in the exhibition is Damien Hirst’s »Dissection Table with Tools«, one of the earlier examples of a fact painting based on a photographic image. In an alluring fashion, »Primal Swish« by Jeff Koons is related to the same criteria. It is a painting of a larger-than-life white rose in an illusionary environment. Poignant in its execution, it is reminiscent of ›Dutch Golden Age paintings‹ of bouquets and still lives or even stock photography of roses found in online databases. The rose hovers over a sea of swirls, washes and other seemingly uncontrolled painterly gestures. Koons clarifies (2007): »They are fake gestures… – they make reference to gestures. A gesture can be an intellectual gesture; it doesn’t have to be physical.« »Clorhidrato de palonosetron« and »Sulfisoxazol«, two spot paintings by Hirst appear to have been made by »a person trying to paint like a machine«, as the artist explains (2001). The new painting »Petrus Christus« by Matthias Weischer is an interior space where textures, motifs, angles and shadows depict a virtual space. Consequently, this space is wedged between reality and surreality. In »Summit«, a work by Emma Stibbon, land and sky melt into each other behind a haze of white. The bare rocks revealed through the layers of snow are the only point of reference for the impressive scale of this natural landscape before us. The main installation in the exhibition space, is one of Damien Hirst’s large vitrines »Figures in a Landscape«. The words »I love you« are written with lipstick on a cupboard mirror. The source of inspiration for this work is a painting by Francis Bacon with the same title. It shows his lover Eric Hall on a bench in Hyde Park, London. »Via Negativa«, Mark Alexander’s painting in our exhibition, refers to one of Van Gogh’s versions of »Sunflower Paintings«. Alexander’s black flowers are transformed into a distant memory of a mysterious bouquet in bloom, reminding the viewer that all things, material and immaterial, will vanish.