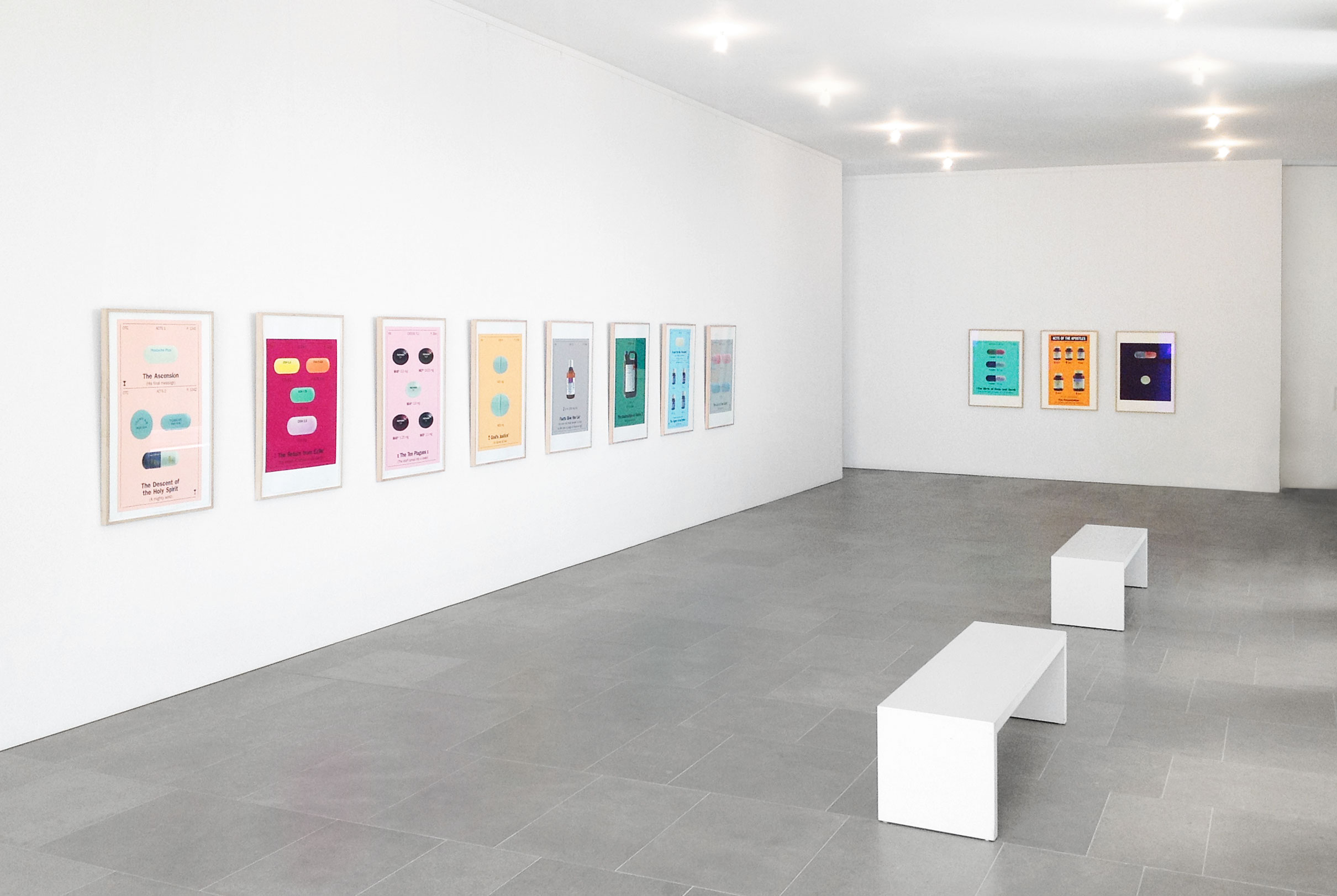 Gallery Bastian’s second exhibition space presents a dialogue between two of the most important artists of the 20th and 21st century: Andy Warhol, the protagonist of American »Pop Art«, and Damien Hirst, the initiator of the »Young British Artists«. On display are Warhol’s ten-part silkscreen series »Electric Chair« (1971) as well as Hirst’s fourteen-part graphic cycle »The Stations of the Cross« (2005).

The connecting element between the two exhibited series is Warhol’s and Hirst’s preoccupation with the theme of death. In his graphic cycle Warhol repeatedly presents the viewer with the empty execution machine – yet he decidedly choses a glaring colouring which is normally associated with consumer culture. For Warhol »heaven and hell are just one breath away« [AW]. In this cycle, the electric chair becomes a metaphor for death itself.

Hirst’s graphic cycle deals with the traditional Stations of the Cross – quotations from the Gospels make reference to their origin. The clear emphasis on pharmaceuticals and their packaging embodies the healing promise of modern medicine. Hirst no longer perceives religion and science as opponents: religion appears as science and science appears as religion.