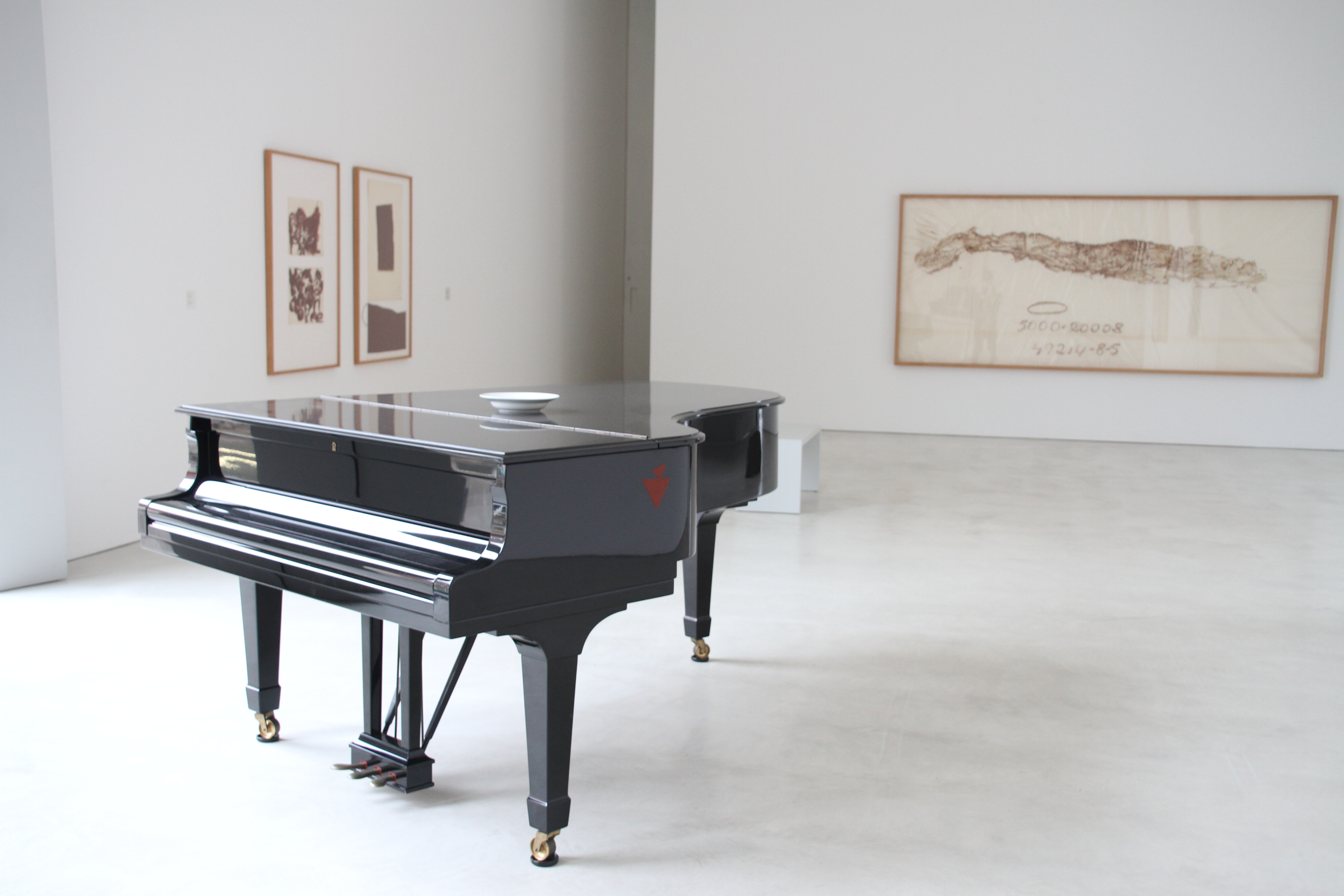 For the third time the work of Joseph Beuys is on display at Galerie Bastian. After the extensive presentation of drawings, exhibited at the gallery from October 2013 till February 2014 and subsequently at the ’Louisiana Museum of Modern Art’ and the ’Kunstsammlungen Chemnitz’, the second exhibition in spring 2015 was dedicated to sculptures and objects. This exhibition travelled later to the ’National Gallery of Canada’ in Ottawa.

What is this sculpture at the centre of our current exhibition? One day in Berlin Joseph Beuys played a piece by Erik Satie on a grand piano, the piano in our exhibition. At the end of this play Joseph Beuys placed a porcelain plate and a small spinning top on the closed piano. It was a late summer day, the light refracted on the black surface and wandered through the bright room. Then Joseph Beuys spun the top in the porcelain plate in an almost soundless movement. The sound reflected the sea, which we imagine to hear in a seashell. As the rotation of the top subsided, it teetered against the porcelain and for a few seconds, a bright spherical sound emerged: the music of an accident. That is the »Gyroscopic Sculpture«; one of the artist’s most formal works within a series in which the piano is the centre of an environment.

Juxtaposed to the grand piano we show the largest drawing in the œuvre of Joseph Beuys. This work in hare’s blood resembles a depiction from a non-real world: a fable of mythical patterns of thought. The exhibition aims at establishing a dialogue in which one might discover »of which long hidden spheres of the real world and its seemingly fantastic ideas were only a reflection« (Claude Lévi-Strauss). 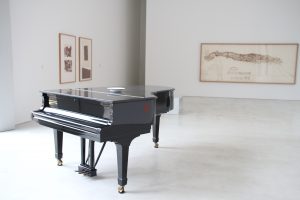